Less invasive techniques, both robotic-assisted surgery and video-thoracoscopic thoracic surgery (VATS), gained popularity a worldwide diffusion in the thoracic domain largely used to perform lobectomy and segmentectomy in case of initial lung cancer (stage I and II) (1-5). More recently, robotic technique has also been adopted for advanced stages with good results in terms of morbidity, mortality and postoperative hospital stay (6-11).

Here, we sought to describe in this article our experience in performing robotic pneumonectomy, reporting indications, surgical technique, and pros and cons of this less invasive approach.

All patients are placed in lateral decubitus under general anesthesia with double lumen intubation. Patient’s position is reported in Figure 2; the description of the position has been previously reported (19). Briefly, the arm is positioned in front of the patient and the hip positioned at the same level of the chest allowing the camera to move without catching on the hip. The robot cart is always positioned at the patient’s head side (Figure 3), while the console is located in the same room. We used a complete four-arm approach is used to perform robotic pneumonectomy. As showed in Figure 2, a small mini-thoracotomy is performed anteriorly, in the IV intercostal space, with no costal spread. The camera port is positioned in the 7th intercostal space, and two other robotic ports are placed in the 8th-9th intercostal space, and at the 7th intercostal space in the posterior aspect of the scapula’s tip, respectively (Figure 2). The robot is docked, and the instruments introduced into the chest cavity under vision.

Figure 2 Patient’s position on the operating table; on the skin of the patient are drawn and indicated the intercostal space where the ports are placed for a four-arm approach. Diaphragm is indicated by a yellow curve. 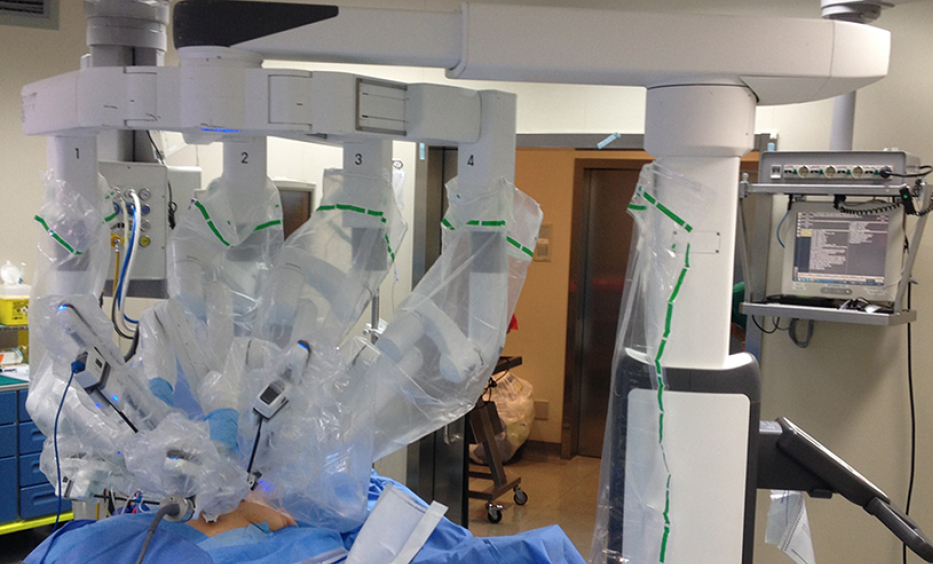 Figure 3 A panoramic view of the operating room with the docked robotic arm.

Vascular and bronchial isolation and resection

The first step for both the sides is the isolation of the inferior vein by a vessel loop performed after the resection of the inferior pulmonary ligament. The next step is the dissection of subcarinal lymph-nodes performed after the opening of the posterior mediastinal pleura. The inferior pulmonary vein is then sutured and sectioned by an EndoGia Roticulator with vascular cartridge introduced into the chest cavity through the utility incision. Since the use of the Da Vinci Xi, vascular and bronchial sutures are performed by an EndoWrist robotic stapler controlled at the console directly by the surgeon (Figure 4). Subsequently, the superior vein is isolated, encircled by a vessel loop, and sutured/resected by an endostapler or Endowrist stapler (Figure 5) inserted into the chest cavity through the postero-inferior trocar. 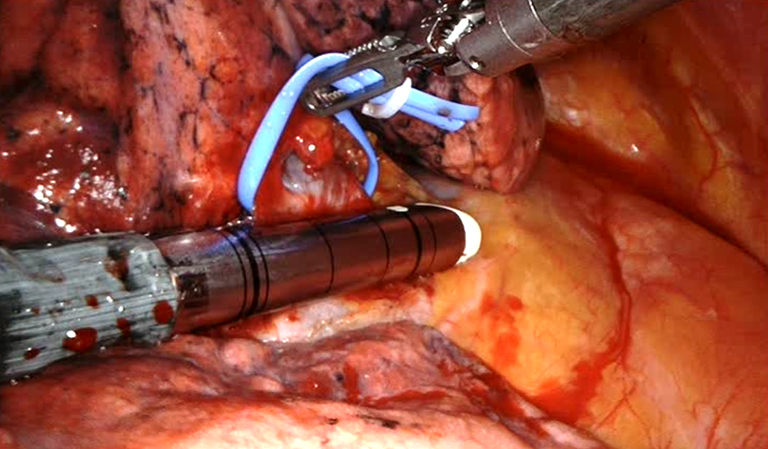 Figure 4 Suture and resection of the isolated right superior pulmonary vein by an EndoWrist Robotic stapler. 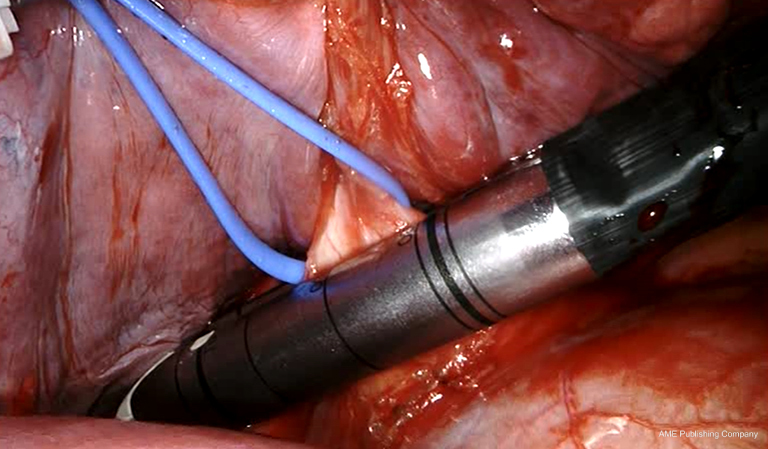 After the venous resection, it is easily visualizing the main pulmonary artery in both the sides. On the left side, the visualization and isolation of the pulmonary artery is made after the station #5 nodal dissection. Once the artery has been encircled by a vessel loop, the stapling articulated device (EndoGia or EndoWrist) is introduced by the postero-inferior port and the artery is transected (Figure 6). 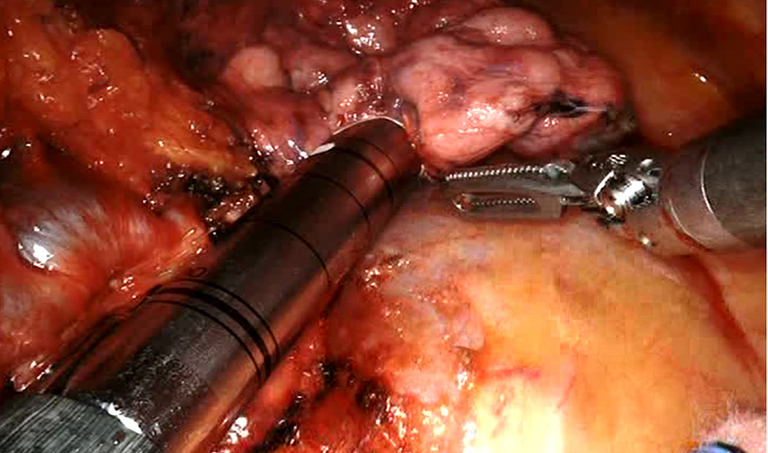 Figure 6 Suture and resection of the main right pulmonary artery.

The main bronchus is then isolated after the lymph node dissection of station #7; it is encircled by a vessel loop and transected by an endostapler or Endowrist stapler 45 mm green cartridge (Figure 7). 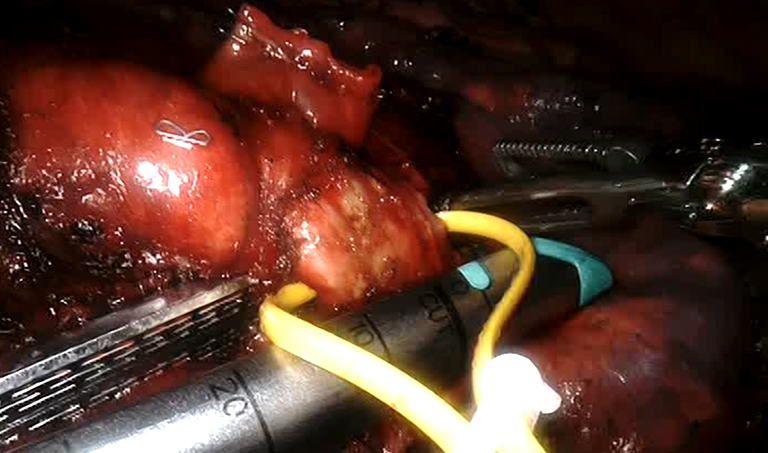 Figure 7 Suture and resection of the right main bronchus.

The lung is then removed by using an EndoCatch (Autosuture, Covidien) introduced in the chest cavity through the anterior mini-thoracotomy.

A short video reporting a left robotic pneumonectomy has been reported (22). This intervention was performed in a patient with a non-small cell lung cancer infiltrating the fissure. In this video the different steps of the surgical robotic procedures are reported (22).

On the right side, the para-tracheal nodal dissection (stations #2 and #4) is then performed. Sometimes a Harmonic scalpel may be used in patients with large amount of mediastinal fat for reducing bleeding and lymphatic leakage. Finally, one 32 Fr pleural drain is positioned through the camera port connected to a water seal device without suction for balancing the mediastinum.

Patients are usually awakened in the operative room. The chest drain is removed at the 3rd or 4th postoperative day if the mediastinum is balanced, and there is no bleeding.

A review of the English literature has been performed and a total of eleven robotic pneumonectomies have been attempted and only eight were completed by using robotic assistance (15-21) (Table 1). All the reported cases are case reports. The largest series is that one published by Galetta reporting 4 cases: 3 left and 1 right sided (19). Giulianotti (17) reported two conversions: one for “oncologic reasons”, and the other for a right sided pulmonary artery. Vidanapathirana reported the case of a female patient who was set up as a robotic sleeve resection but due to the intraoperative evidence of an extended tumor it was converted to a robotic pneumonectomy. This intervention was performed by a subxiphoid approach (20).

From a technical point of view, we think that the lateral position allows a better exposure of the pulmonary veins and artery during dissection and resection. We use an utility thoracotomy and do not use CO2. In our opinion, the utility thoracotomy is useful for different reasons: (I) it allows the assistant surgeon to directly aspirate fluids like blood and steam produced during coagulation; (II) it allows to bring in and take out the pleural cavity the removed lymph nodes and the gauzes used during the intervention, and, finally, (III) in case of a vascular injury and bleeding, it offers the possibility to control directly the surgical field from outside by the assistant surgeon.

In the first case of robotic pneumonectomy that we performed, we transected as first step the pulmonary veins and this determined a whole congestion of the lung rendering the procedure difficult due to the difficulties to move the lung. In the other 3 cases, we resected as first step the superior pulmonary vein, then the main pulmonary artery, and finally the inferior pulmonary vein avoiding the lung congestion and allowing to complete easily the procedure without technical inconveniences and with a reduction of the operative time.

As previously reported (19), in our experience of 4 cases of robotic pneumonectomy, the operative time ranged from 170 to 320 minutes (mean, 225 minutes). In all cases, patients were extubated in the operative room immediately after the operation; no patient spent time in intensive care unit. The postoperative stay ranged from 7 to 8 days, (mean, 7 days) with a number of resected lymph nodes ranging from 19 to 34 (mean, 25). Neither intraoperative nor postoperative complications occurred in our robotic pneumonectomy experience. To date, one patient is died, and 3 are alive, one with disease. The mean survival for the 4 patients is 86 months (range, 45–120 months).

With the advent of the robotic staplers (EndoWrist) and the new robotic instruments (Hem-o-lok and Harmonic scalpel) directly controlled by the surgeon at the console the robotic pulmonary resections have become simpler and the time of the surgical operation reduced.

From a technical point of view, in order to obtain a short bronchial stump, we suggest above all for the left pneumonectomy, to use a roticulator stapler with 45 mm cartridge which is get as far down as we could under the aortic arch.

Despite the small dimension of the utility thoracotomy, in our experience we had no problem in extracting the entire lung from the chest cavity by using Endobag without rib spreader, but performing a rocking and rotating motion of the bag. The difficulties in the extraction may be often due to the engorgement of the lung; to avoid this problem, we suggest to leave the inferior veins intact until the main artery is divided.

Another important point to underline is the completeness of resection which is obtained in our experience in all cases; in fact, it is equivalent to that of open surgery, including the completeness of lymph node dissection of the different nodal stations both on the right and left side.

Robotic pneumonectomy is not frequently performed probably due to complexity of the procedure and the experience of the operators. The recent ability demonstrated by some authors to perform robotic lung-sparing surgery (23-26) has opened new frontiers also in the robotic domain. These new surgical less invasive approaches should be reserved for centers with high volume of robotic surgical operations.

Funding: This work was partially supported by the Italian Ministry of Health with Ricerca Corrente and 5x1000 funds.

Conflicts of Interest: Both authors have completed the ICMJE uniform disclosure form (available at http://dx.doi.org/10.21037/shc.2020.04.01). The series “The Role of Pneumonectomy in Thoracic Surgery in The Third Millennium” was commissioned by the editorial office without any funding or sponsorship. The authors have no other conflicts of interest to declare.